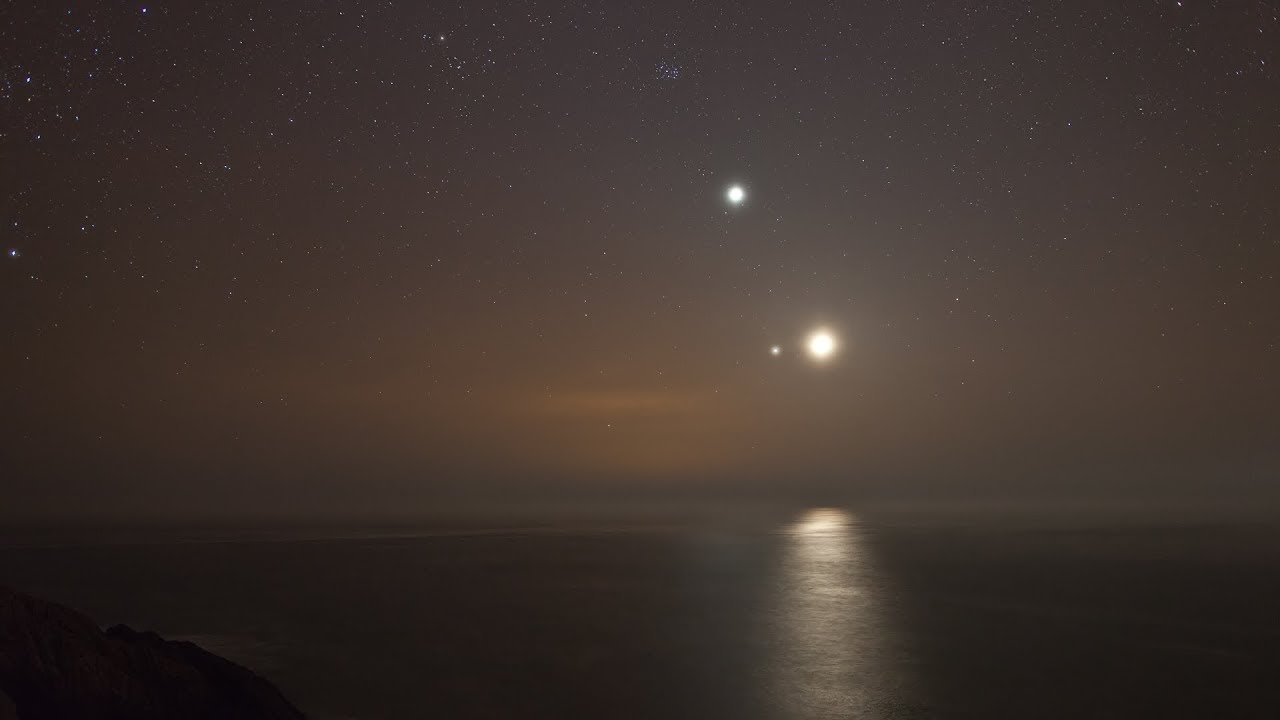 Conjunctions occur when two planets share the same right ascension, the east-west longitude in the sky as measured from an observer on Earth. Since the major planets all orbit the sun in nearly the same plane, from the point of view of the Earth, they travel in paths across the sky that are roughly similar.